A Look at the Gnosis Dutch Auction Distribution

Alright, so the Gnosis dutch auction reached their goal of 250K ETH in less than 15 minutes. I’m not too terribly surprised, to be honest, it was an incredibly popular project in the space.

I was too late, because I was fiddling around with other things, like my job. But this gave me a fantastic opportunity to procrastinate and dive deeper into who bought in. To be a bit more precise, what does the distribution of auction’s transactions look like, and what can it tell us?

So I found the Gnosis wallet address (here), and looked at its internal transactions, which added up to exactly 250,000 ETH. I’ll discuss what this does and doesn’t give later in the blog. What I have here is a simple overview of transaction distribution throughout the window in which the auction was open.

Below we can see the amount of ETH deposited into the address, separated by block number: 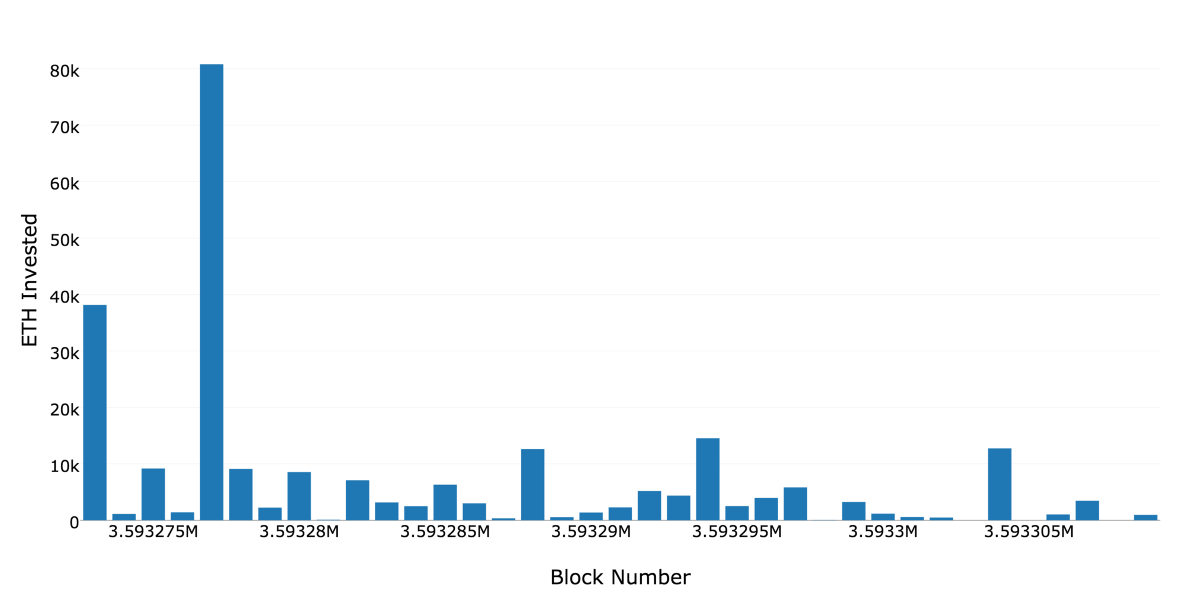 We can see that two of the blocks have the lion’s share of the investment, which begs one to see what the “user” distribution looks like. So then I broke up the individual investments in to separate categories. Each category is an investment in each order of magnitude of Ether. 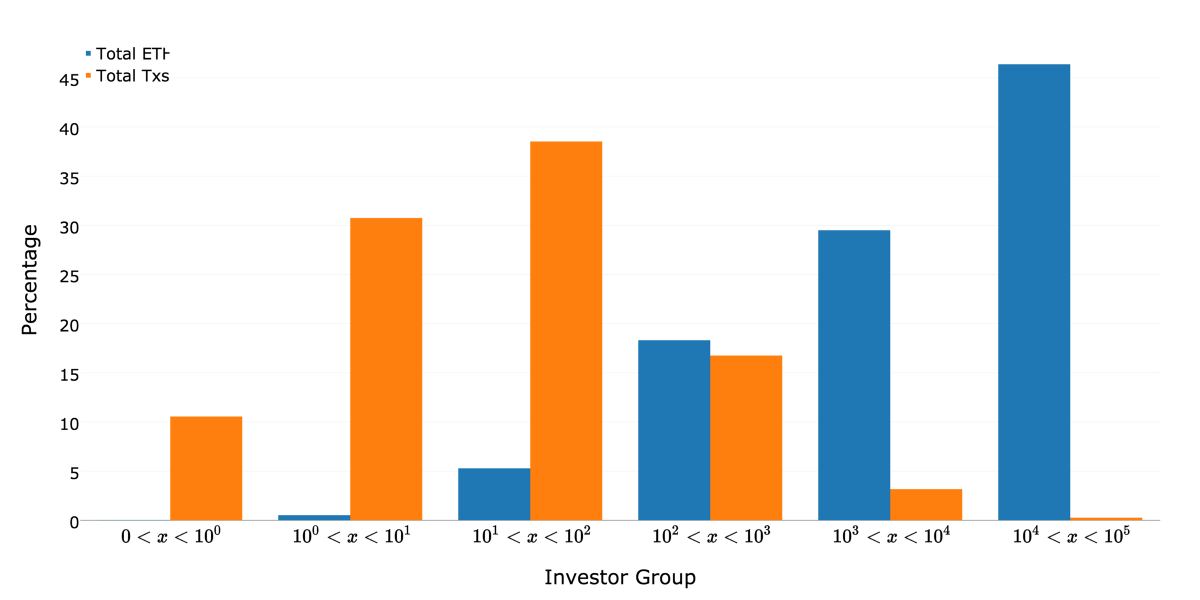 So this plot shows us that over 40% of ETH invested in Gnosis was done by two single transactions. Since we are looking at the internal transactions of the contract address, it is not immediately apparent who they came from. Potentially exchanges, potentially Gnosis, potentially a super whale. More analysis would need to be done.

This plot also shows us that we are not so decentralized as a community, which needs to be kept in mind. As with most high level investments, the majority comes from a relatively small portion of the total pool of investors. It is important to note that investment opportunities are available to everyone now, as this is a technology of inclusion, but more than likely low-amount investors are simply along for the ride.

What this information does NOT show

Because I looked at internal transactions, I am not able to capture some phenomena, such as: